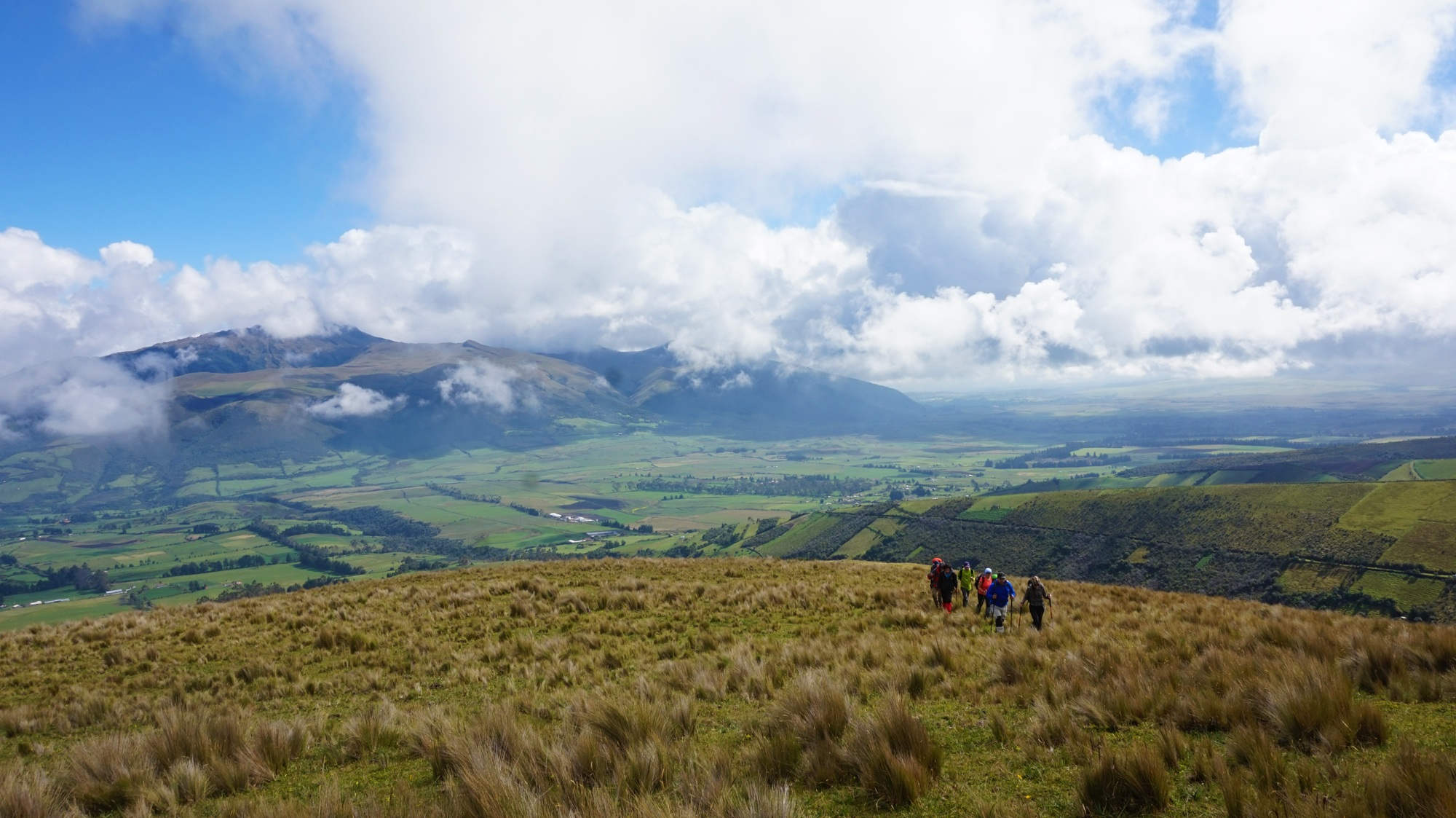 Hiking in the mighty Andes mountains is a highly recommended experience. The capital Quito and other big cities are surrounded by impressive pikes and volcanoes.

Everyone who loves the sea and wonderful beaches should go to the Ecuadorian coast. Here you can swim, practice surfing or enjoy exclusive sea food. 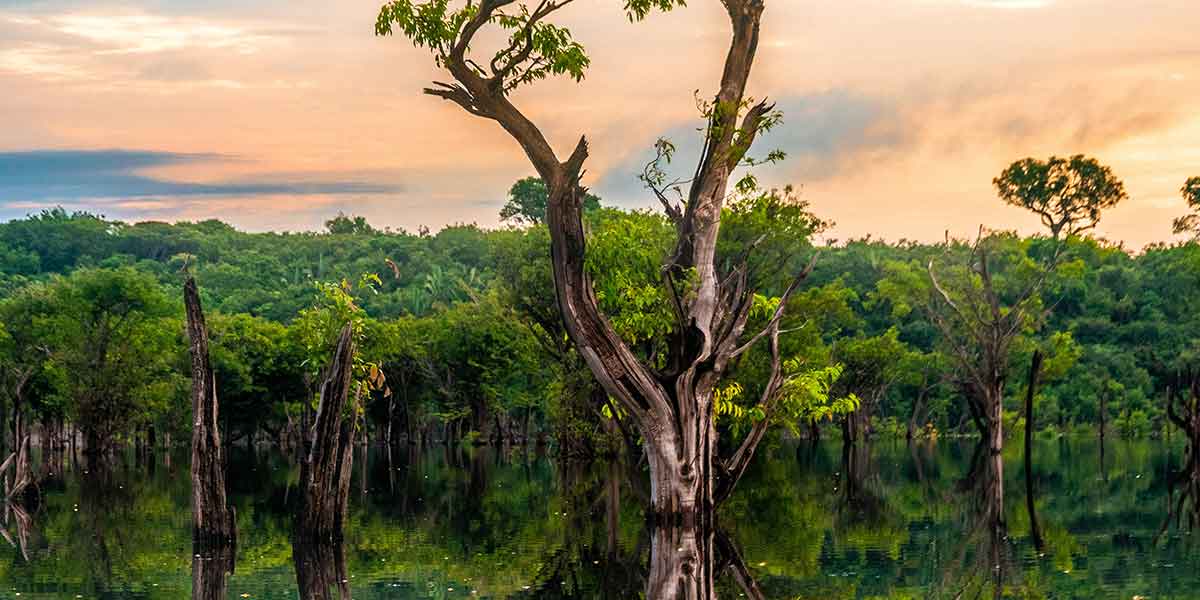 The half of Ecuador consists of rain forest. Visit this source of life and see the incredible nature. Just be a part of it!

The Galápagos Island dont need much introduction. Once in your life you should see The Encanted Islands, their incredible animal life and wonderful beaches.

This the capital. More than 2 millions habitants wish you welcome to this vibrant city situated 2800 meters above sea level, surrounded by volcanoes.

The Old Town is declared as Wold Heritage by UNESCO because of its colonial arcitecture. 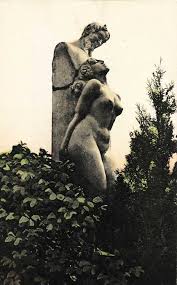 This is the Pacific Pearl. Along the promenade besides the Guayas river you can enjoy the fresh air, several parks and other amusements. In the city park the harmless iguanas are walking freely. Also there is a short distances to the beautiful beaches in “Ruta del Sól”. 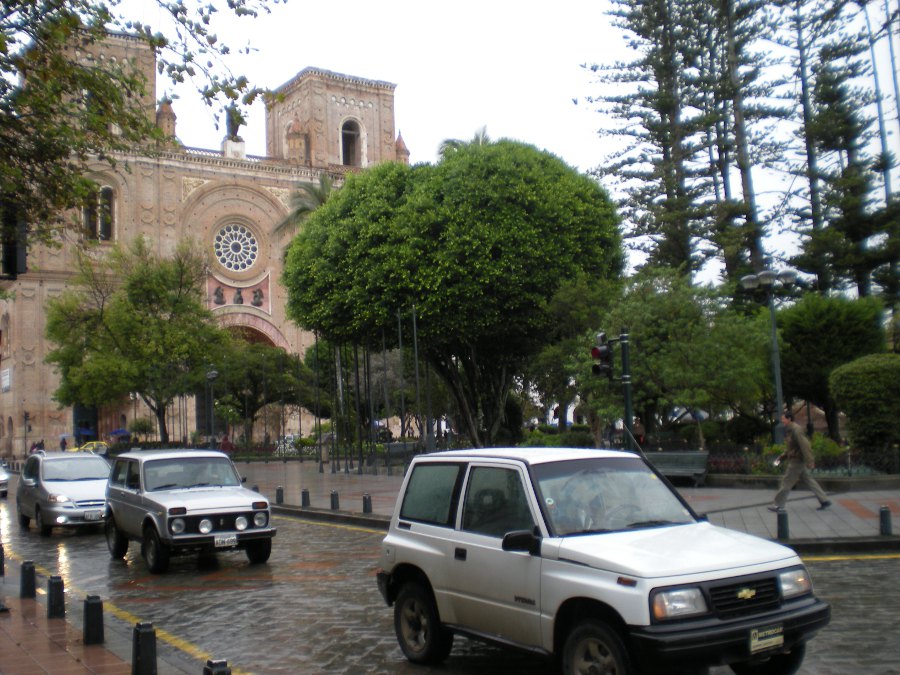 Cuenca is the biggest city in the southern Andes part of Ecuador.

As Quito the city center is declared as World Heritage because of the old churces and other buildings. Cuenca is furthermore known for its production of Panamat hats.

From Cuenca it is a short ways to the Inca ruins in Inga Pirca and the Cajas National Park.

Vivaecuador Tour Operator has made their complete Ecuador Travels catalago 2020. Send us a message and we will send it to you as a pdf file in English or Spanish. From the highlights we will mention tours to The Galápagos IslandsThe Amazon rainforestThe Andes...

This tour includes the three largest cities in Ecuador; Quito, Guayaquil and Cuenca and their surroundings. Together they represent different aspects of Ecuadorian clima, culture, architecture and cuisine. Bring different types of clothes for different activities What...

Untouched by humans until the late 16th century, declared National Park in 1950 and late declared as world heritage by UNESCO. A Galápagos tour is a unique experience. Vivaecuador Tour Operator offers you 6 days in this heaven, inluding the islands San Cristobal,...

At the Pacific coast we find this marvelous country with no less than the four worlds.

The first world is the majestic mountains of Andes. The second is the mysterious rain forest in the Ecuadorian Amazonas. So we have the coast line with the amazing beaches. Finally it’s the Galapagos Islands, untouched by man until recently.

Indeed, this country is inviting to fabulous adventures.

The people of Ecuador is highly differenciated. Totally they count around 15 million souls, and their origins are as diverse as the country itself.

Most of them consider themselves as mestizos, 15 % as European Caucasian, 7 % natives and 7 % Afro-Ecuadorians. This is according to a census in 2010.

Almost everyone speaks Spanish, but also the Indian language Kichwa is officially approved. Furthermore, there are several native languages and dialects. In the tourist sector there are also a lot of English speakers.

The population is very catholic, as you can tell by all the impressionable churches and religious events. But in the rain forests there are people who are still believing in the old nature goods.

The tourists just love Ecuador. The preferred destinations are without compare the Galapagos Island and Quito. This is also ideal for a two-week vacation.

But there are also a lot of people who are taking the opportunity to see the rain forest int the eastern parts of the country. Or go to the city of Cuenca in the south, who also has a city center declared as world heritance by UNESCO.

Among other attractions there is the Volcano route, following the Andes mountains. The territories around the volcanoes Cotopaxi, Chimborazo and Tunguragua are also protected national parks.

If you like birds, you are obliged to go to Mindo. Its considered as a Birdwatchers Paradise. 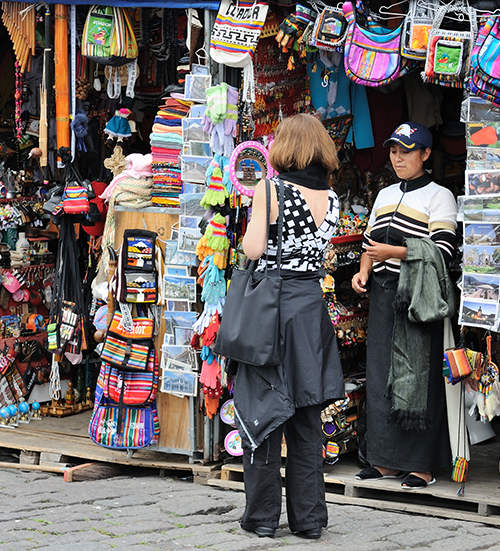 Ecuador has formally been a republic since 1830. The actual president since 2017 is Lenin Moreno, He is considered to be on the center of Latin American politics, even he was elected as a leftist.

Ecuador adapted the US dollar as currency after galloping inflation and economic crisis in 2000. The main export products are petroleum, bananas and shrimps. The descendent petroleum prices in 2015 affected the country considerably, and likewise the earth quake in 2016.

The country is highly in debt to the World Bank and China. This is the biggest challenge the government has to face, right now.

There was massive demonstration against the government of Lenin Morena after he decided to remove the fuel subsidies, after a recommendation from the World Bank. He had to go back on this.